Why You Don’t Want to Hit a Cow in India 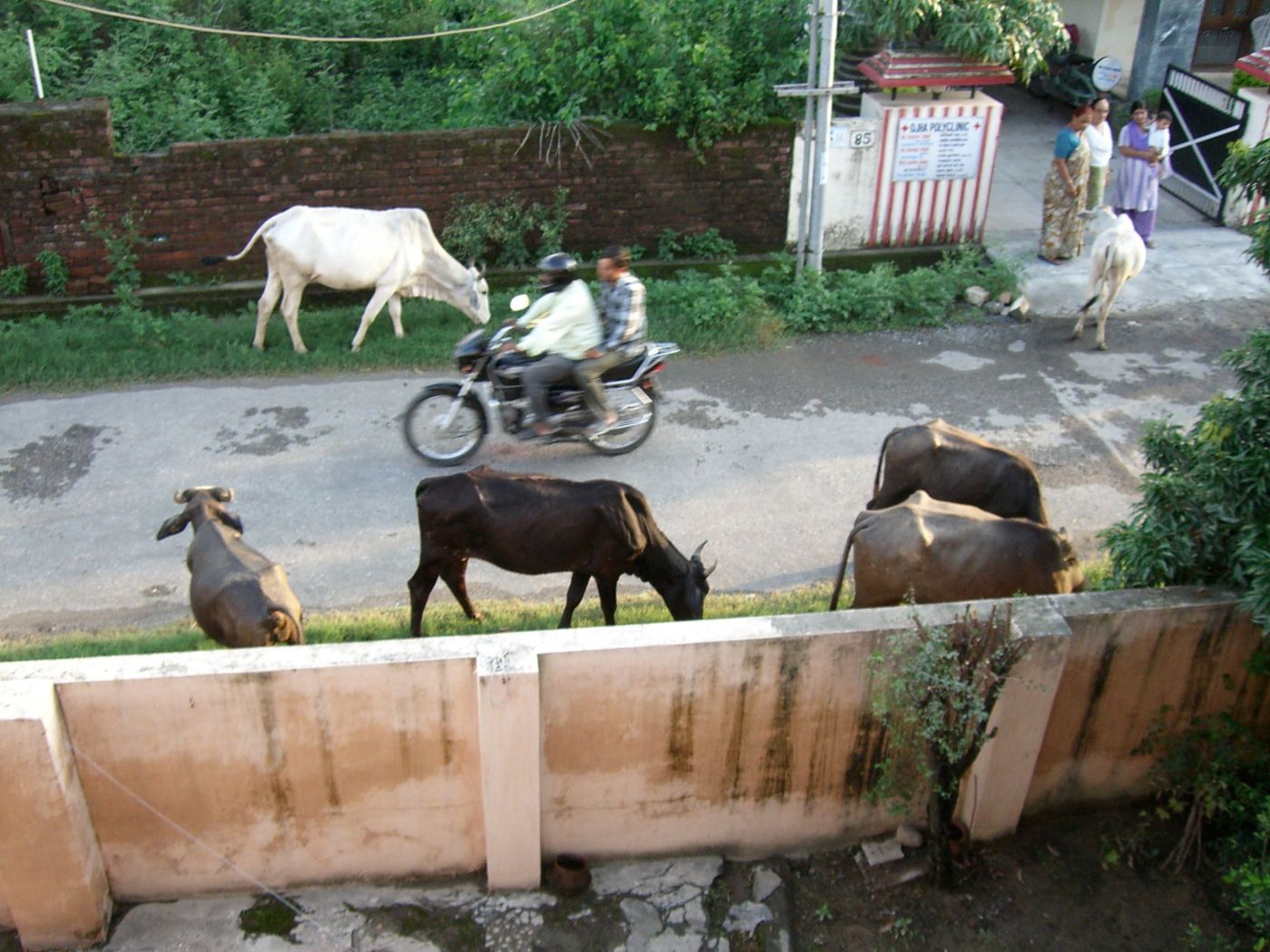 Rageev drove his blue Tata Nano at breakneck speed, just like every other vehicle on the narrow road. When his car brushed by a cow chewing sugar cane stalks on the side of the road, I let go of my breath and asked, “What if we had hit the cow?”

There were plenty of cows in Dehradun, regal skinny beings with fly-bitten hides, wandering around everywhere.

“Depends.” Rageev smiled and pressed on the gas. “For sure everybody will be stopping.” He had a proud, pigeon-like chest from doing so much pranayama and wore clingy three-button knit shirts that showed off his trim physique.

“Even buses are stopping if you hit a cow and everyone inside is soon exiting the bus to look at the cow to see if it is dead.”

“Yes. A cow will cause a very big crowd.”

“Right.” Rageev’s sister, Anjula agreed. She was sitting in the backseat filing her nails into perfect ovals.

“And if the driver who hit the cow is a Hindu, then oh-my-god he has committed a grave sin and his family is in big trouble,” she said, snapping her nail file against the back of my seat.

“They have to pay the cow’s owner, pay to move the cow off the road because they cannot touch the dead cow. Then they have to go to the temple. For weeks they will be saying prayers and paying people.

She continued, “If the driver is Muslim, then a big fight is going to break out because the Hindus will say the Muslim was intending to hit the cow on purpose to insult them.

“You don’t want to be hitting a cow in India,” Anjula said, “not ever.”