THE GODS ARE UNHAPPY: DECIUS’S EDICT 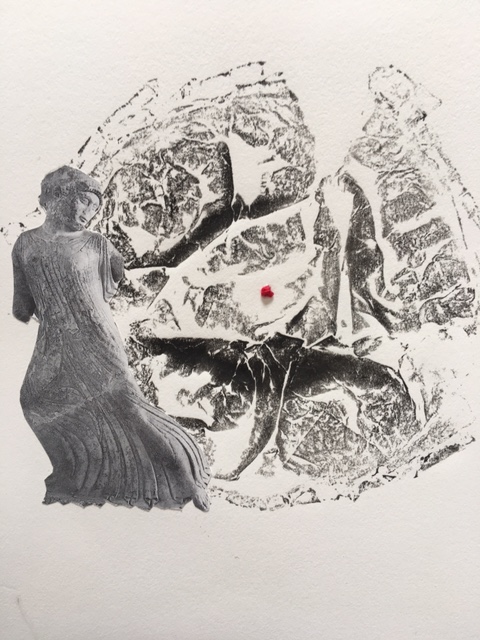 In addition to general chaos of within the Roman Empire during the time of Vittoria’s life, a Goth army threatened the city from the outside, and so did the plague.

However, the Emperor Decius (249-251AD) decided starvation, lack of public morality, and war was not causing problems rather the problems had arisen because the gods had abandoned Rome. Therefore, to regain favor with the gods, citizens needed to demonstrate their piety.

Decius issued an imperial edict required every Roman citizen to sacrifice an animal–by a certain date–on behalf of the Emperor– to the gods. The citizen performed this sacrifice in front of magistrates of their community and obtained a certificate testifying they were loyal to the ancestral gods. They ate the sacrificial animal as well. Public religious practice was critical to the social and political well-being of both the local communities and the empire.

This edict was not aimed at disrupting or destroying Christianity. Christianity was  new, and a minority religion in Rome, probably perceived as somewhat superstitious. Decius figured, if they worshiped images of Christ they could also worship images of Jupiter. This didn’t go down well with Christians. Plus it was a big mistake on Decius’s part: why divide the empire from the inside when it was already collapsing on the outside?

( Jews, but the way, were exempt from the edict.  Roman law respected the ancient Jewish traditions.)

This is the first time in history that Christians had to do things against their faith, a faith  that required they didn’t worshiping false gods. So what were the choices?

So far, according to my research, Vittoria died in 253AD, after the reign of Decius.  So I have yet to discover the exact circumstances–or the mythological narrative–about her death. We do know Christian persecution occurred intermittently in the Roman Empire through to the year 313AD, before Constantine became emperor.

The art represents the wounding of the heart; the journey towards the great void of death.  It is a collagraphic print, made from a collapsed 3-D sphere, which represents life. Collapsed the sphere represents having had life squeezed away and by inking the collapsed sphere, the art provides a view of the portal into the afterlife.  I have added collage to indicate what we might think of when facing death, what we are losing: the past, children, temptation, desire, beauty, dreams.  I added red stitching to the black and white prints. The stitching sits in the image middle, like the drop of blood in Queen Anne’s lace. Blood being the last vital attachment to life.